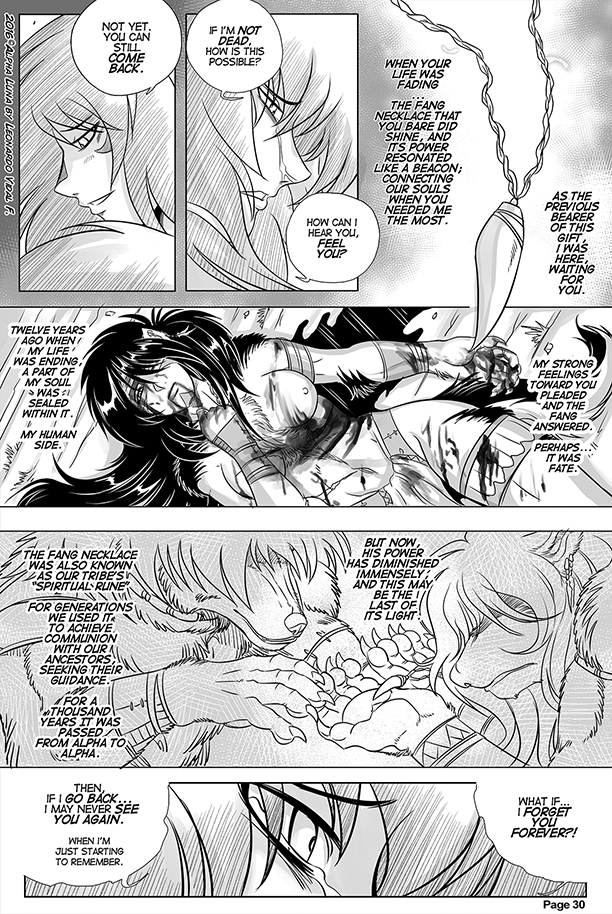 Well two days later and people were already crying I was out for months again :p
Relax, sadly the reasons are more heart breaking to me. My cat Shiro was ran over by a car and the past week was hell for me, he survived but was heavily injured and his left hip broken into pieces. Despite this, his marrow spine seems to be good and there are hopes for him to recover but it will take a lot time, money and surgery procedural.

So there is that, some people offered to help me with the bill that ascend to roughly $1500 , but to be perfectly honest the people who are supporting me through Patreon are already helping me in that regards and you don’t have do any more. For those who may want a direct suport, there is always my paypal account licantro@gmail.com

Oook, back to the comic.
Out of all story elements to discuss …Some people were wondering why Luz is naked and Luna is not :p – Just goona paste what I replied to one of the posts before:

” Any comic is for you as the reader to construe and some questions can have multiple answers
I could say ” it’s because this is what Luna sees in her mind, how she feels as human and what she was wearing before changing and Luz doesn’t wear anything because of little memories she has of her besides her face” Or it could be how Luz is more of a spiritual character character where Luna is still rooted to our human perceptions… and.. I think you get the idea.

As for this page, I think it’s much more clear now what The Fang Necklace power was all about, eh? 🙂