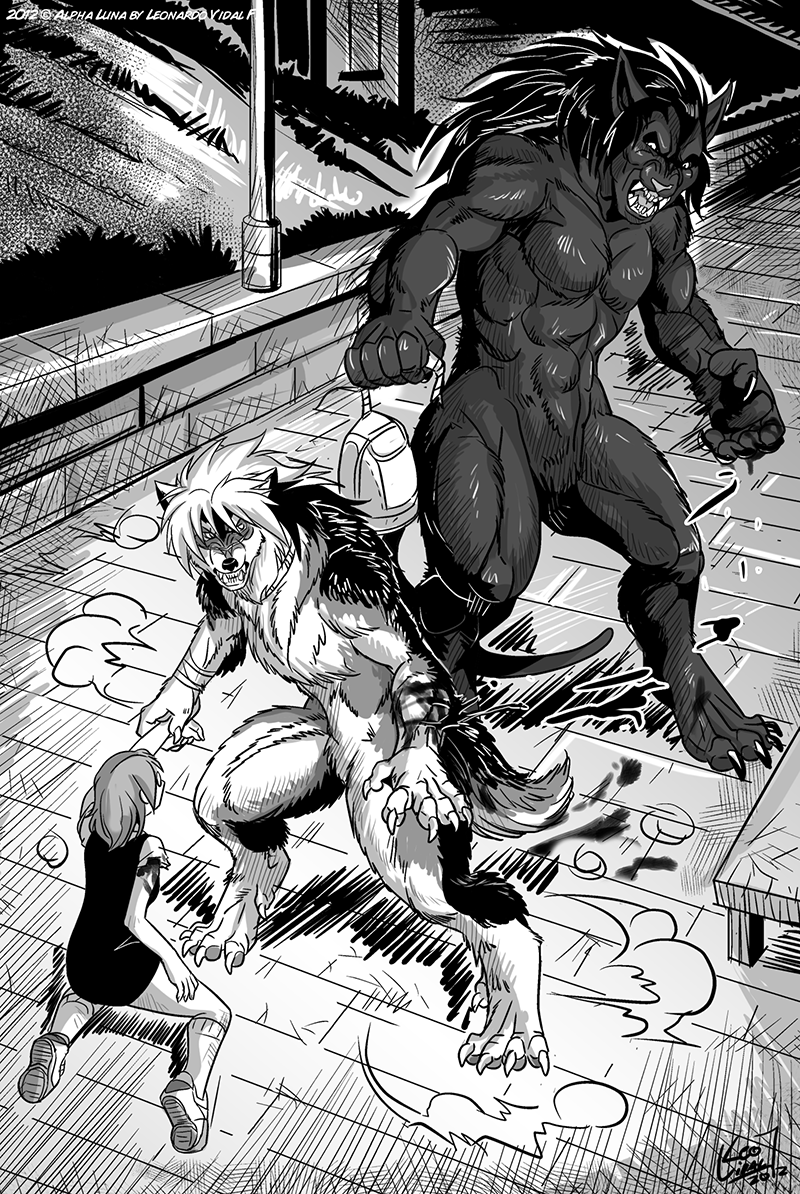 Well…of course I wouldn’t kill Collie! ^_^ Well… at least not yet *evil laugh*
And yes! FINALLY….we see Fang’s Lycan form! It was time already, eh? it’s been like…well a few years? >_>u – Looking back I think I should’ve show him early in this form just to prove Luna -in chaper 3- that he was a werewolf for real. There are so many passages that today I’d have made in another and hopefully a better way.

Some people are wondering when the chapters end. As it’s written it should end up around page 48, it should…but we’ll see bout that when we get there.

That’s for today. Take care and thanks for your support! 🙂