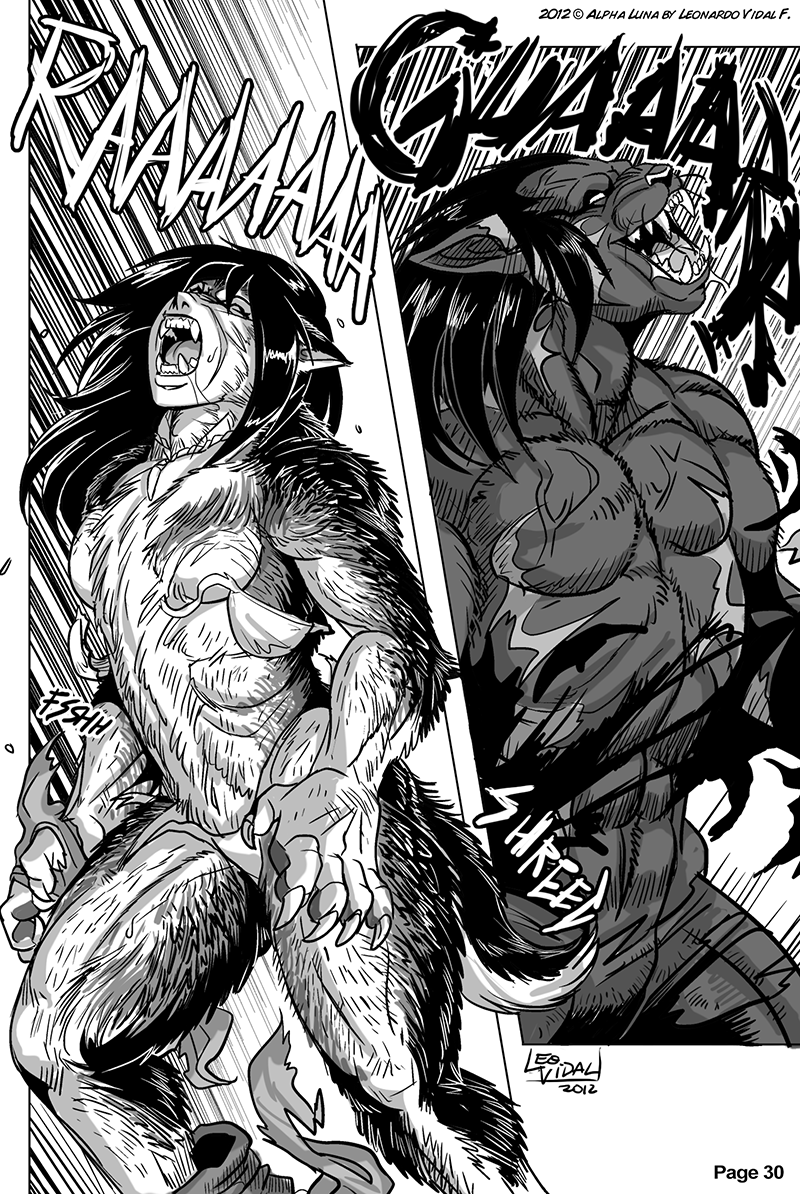 You know the thing about werewolves and even vampires, everybody start adding crazy ideas of how they are and what are the rules. When for the purpose of a story a bite is too difficult too pull off so then a scratch it’s just enough to become one…. and probably later it will be just by being stared by one. Silly stuff.

Yes I know, there are no rules, except for those who exist in each world these creatures habit…. and if you’d pay a bit of attention you’d know by know that Lycanthropes in Alpha Luna don’t spread their thing by bitting, neither by clawing… neither by …errr you get the point 😛 (Remember what Fang said to Luna in chapter 3?)

And what says this about Animas? well, we’ll find out more about them soon enough. But believe me when I say that I won’t commit myself to every cliche or I’ll burn the stories and characters pretty fast.
A story is not just about cool stuff, it’s also about what it’s really interesting to tell through the characters.

See you next Wednesday!