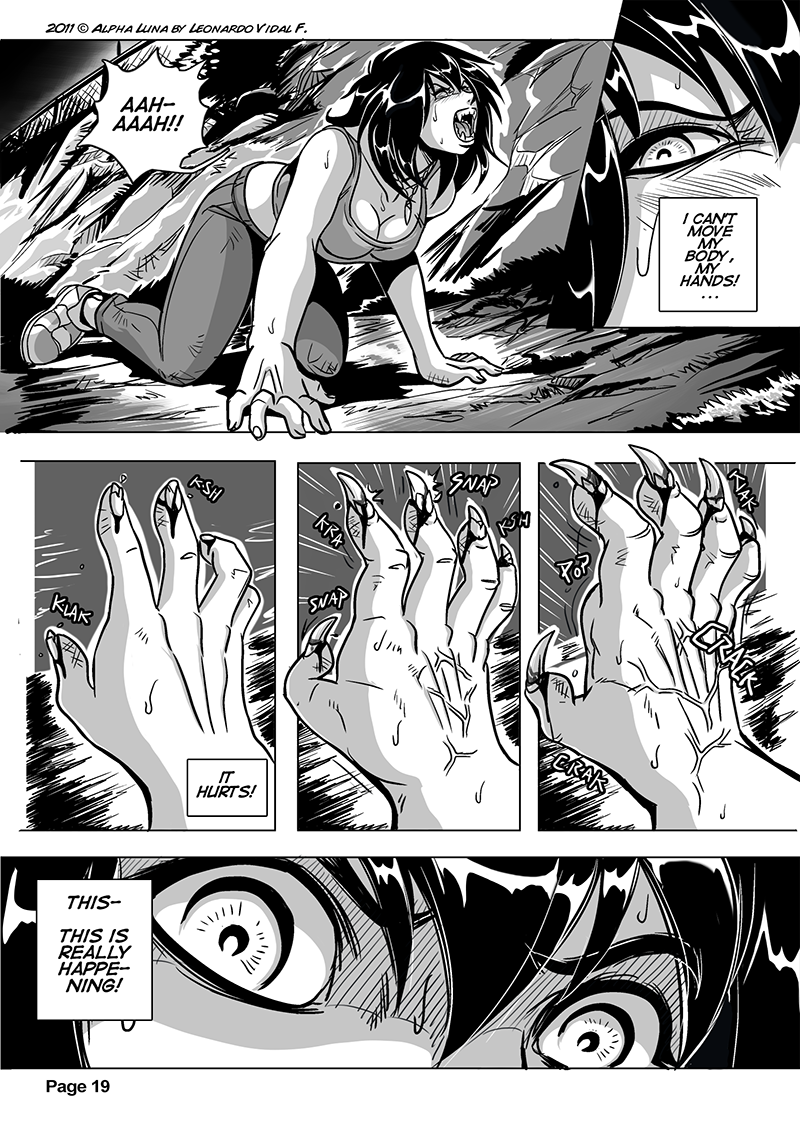 Merry Christmas everyone! And so it begins again… yep, the infamous transformations scenes. Don’t expect it to be as long as the previous one, after all Luna’s body is starting to get used to them. Upcoming pages will go and come between Collie and Luna in opposition to what the first transformation was. Still I expect to make it -artistically- better than last time, I’ll try 😉

In other subject, some people wonder about the lack of shading of the pages. Well I haven’t been working on it since I got help back when I was in the middle of issue 3. But when I came back this late my friend have been too busy to work in the shades as he used to do.
With time I hope we can catch up, but meanwhile I just post the ink work because that is what really matters. Shades are important for the publishing of the book, but in the mean time I don’t consider it a priority, besides I already work a lot in the page as it is just by myself, I hope you understand.

As you know next weekends are Christmas and New year. So these weeks I’ll updating 1 page a week.
Next will be on Dec 28.