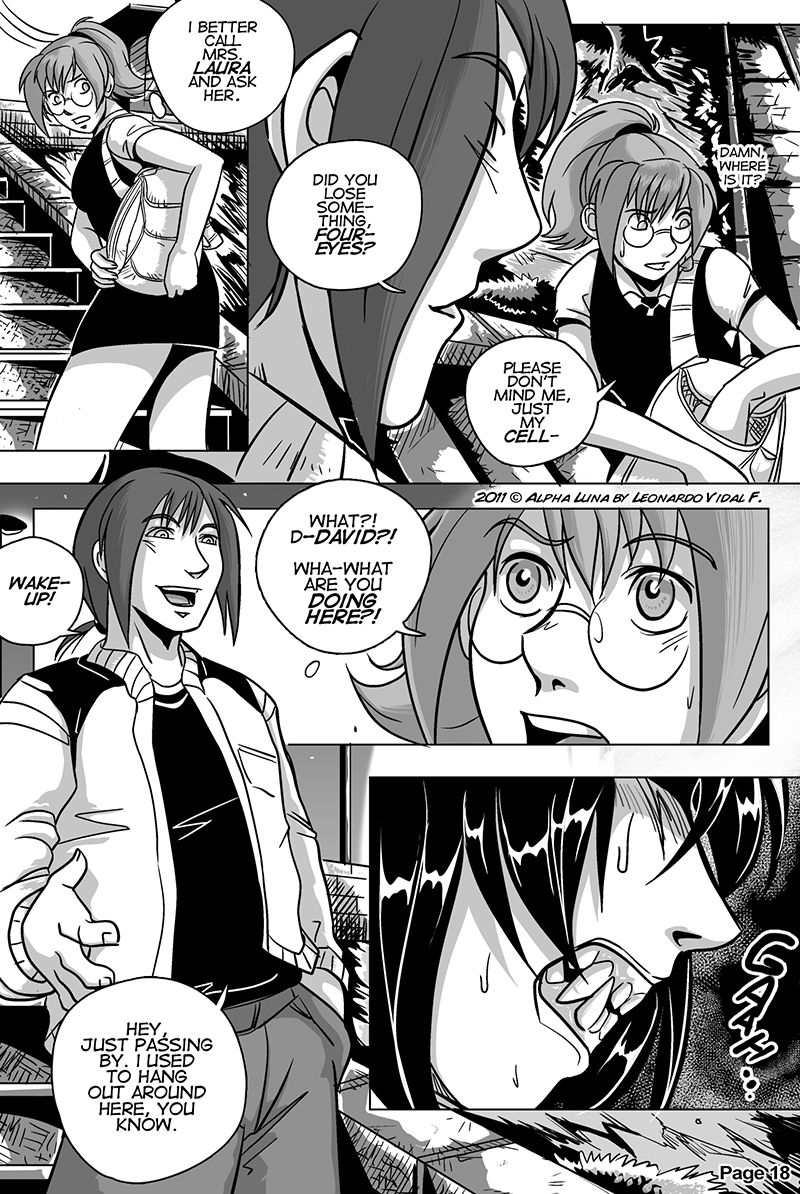 And so, we keep returning to familiar faces. I bet most people don’t like him as a character :p, but he has a role to play in here. My brother think I created David after him, ’cause he has the same name. But the truth is that I see the character as a reflection of him when he was young, but now is a whole different person, not so much of a jerk, lol.
The sames goes for my 3 main characters, there are part of me within Luna, Collie and Fang. Aspects of myself than within shyness, cunning or courage to name a few I see reflected as I draw them.

Anyway, about the banner . It’s not finished and it will probably be early next week with the wolf Luna colored and all. About the BG, it’s normal that not everybody see the whole image depending of your screen resolution, that’s how BG are. But I’ll see if I came in with another idea, I’m still testing.

Next page won’t come until next Wednesday. I really need the whole weekend to catch up with a few commissions. Take care.