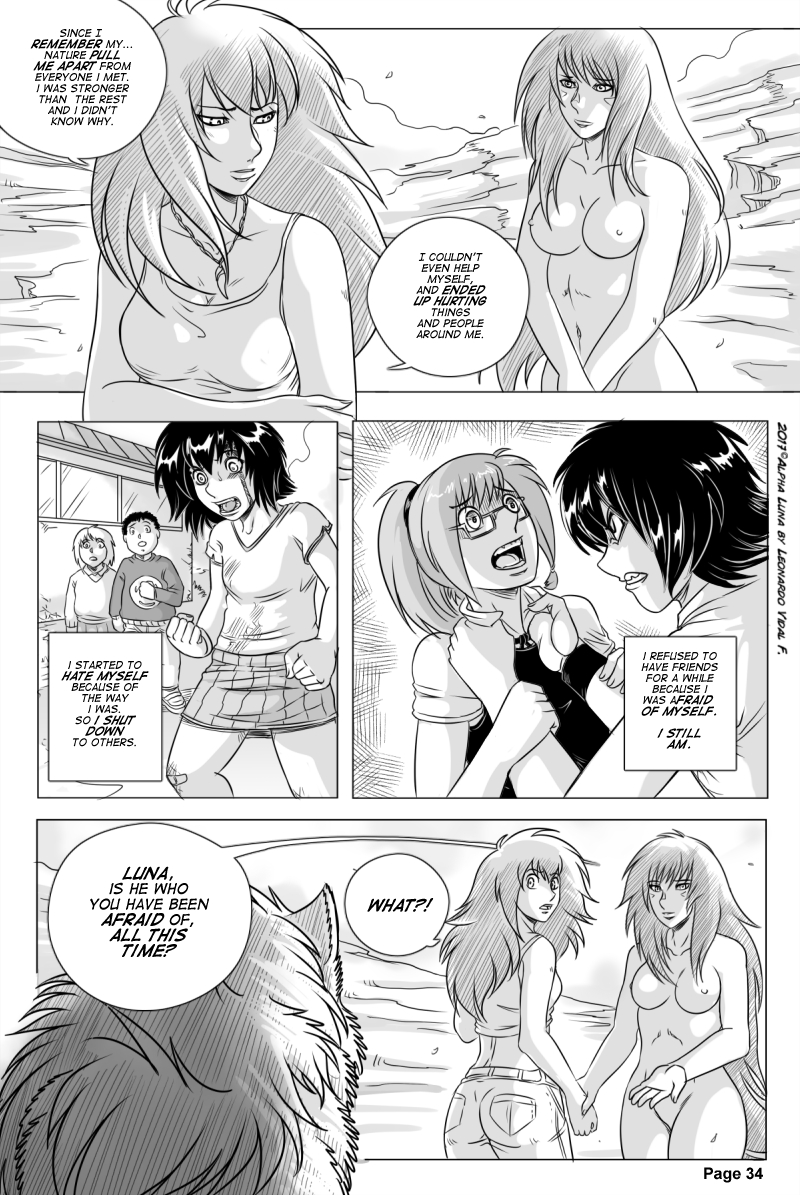 Hey there.
First and foremost I want to address directly to @bigbadwolfgirl57 comment on my previous page. And it’s about my last hiatus from back in December until April this year.

Well, the thing is I didn’t quite make any big explanation of what happened during that period when I came back because I mostly thought ,most of you were aware I was in a difficult time.

Yes, I was mostly busy from December to the end of Febraury because I took care of my two cats: Shiro and Koshi due very bad circumstances with both of them.

To facilitate the understanding of what was like, I’m gonna share this album with you guys, there are videos and photos during different times of those months:

Shiro was hit by a car and crushed his hip in pieces, by miracle he survived and maybe, just maybe it would have been easier for us and him to just end his suffering. But he showed me so much love and courage that I just decided to take all chances and try to save him, his spine marrow was fine despite all so there was a chance for full recovery.

The process was not easy because the injury caused an infection that wasn’t properly treated by the first vet, so I had to travel to Santiago (2 hours from where i live)for better medical treatment.

It was a 4 hour travel to check on him almost every day waiting for his recovery, pay the bills and expect the soon surgery when the infection could be removed, firm papers, talk with the doctors, the usual. Once the surgery was done I only had to care for his post recovery, but at same time something happened.

Like some kind of stupid joke, my other cat was sneezing too much so I took it to another vet who accidentally pinched his sciatic nerve from his back leg ….which paralyzed his leg. It was like a cold bucket in my head. So I had to take both of my cats to Kinesiology recovery that you can find on some videos at that gallery.

Yeah, it was a very rough time. Also, from December to February we have Summer and Santiago is know to have one the hottest times during that season. Not the best time for me to just sit and draw, when you’re sweating just by breathing, seriously.

After the recovery during March I only had to take care for the meds and I was really Really glad to see both of my cats have an amazing recovery, specially Koshi who’s back leg was completely healed. Shiro in the other hand walks and run comfortably, but gets easily tired and has some pain issues so he sits in awkward positions and ended up getting a weird breathing congestion that now is part of him. Despite this, he works mostly as a normal cat and I’m glad I did what I did.

I also have to address and say thanks again to all the people who helped me when paying the bills, it wasn’t an easy task. The surgery and med costs were around $2500 so I was afraid was taking a big with no return risk.
So thank you , all of you : Andy Lewis , Cynfall, Berry White, Aegis, Violet, Darius, Ziten Xu and many other that I’m probably forgetting.

Besides all that during March I could finally settle down and start to think on what to do in the coming future and have a time to enjoy with my family because my cousins from Brazil and Switzerland were around.

Sadly on April 9, just when I was drawing to resume my work my only grandmother passed away. It was a very hard time, because she was always the bond that kept our family together. It was a painful time specially for my mother, so I decided to move back and support my family for the time being. Losing someone in an unexpected manner is pain difficult to endure.

Yes , the first thing you saw here was on May, but that is because most of my work started a month before and that page was posted before for Patreons as I usually do. Alpha Luna is just a piece of the cake I work each month and if you hop into to any of my streams you’ll see how active I am. I dont post the url stream here, ’cause AL is a pg13 comic and on the stream I may be doing drawing most of the time that are not AL related.

I wish I could say AL is the main thing I do, but that is not the case and have to live out of commission works and more. But I’m just glad that despite the slow burn that it is, there are still people here who like it enough for me to continue drawing it.

Beta Collie will be posted soon next month and also other Chronicles comics will also be available in the future as they are now being posted at Patreon.

Again, thanks to those who support me.